I knew it would happen sooner or later. I just figured he would wait until he was at least 6. When I asked what he wanted to be for Halloween, Elliot responded, “Batman.” There are a million Batman costumes available in the stores, but I am committed to making my children’s costumes for as long as they will let me. 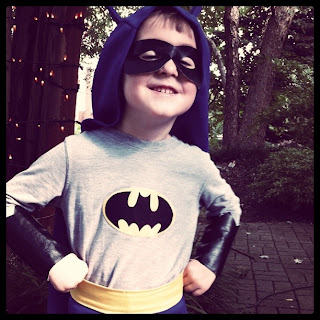 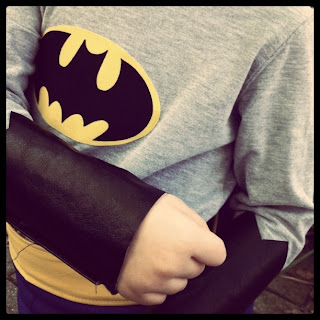 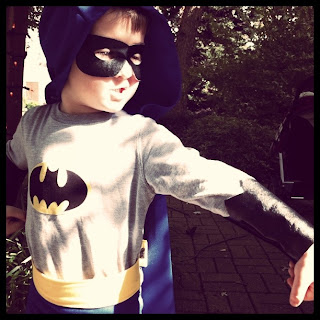 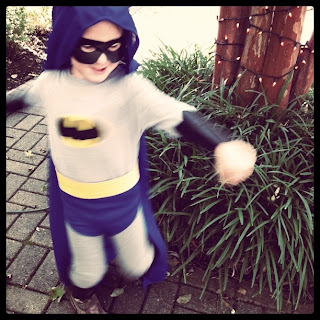 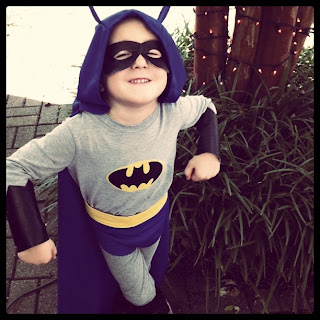 I based Elliot’s costume on this “old school batman image. 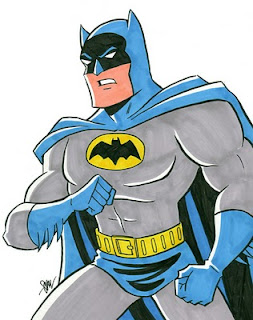 Here’s what you’ll need to get the same look.


First up the no-sew components of the costume.

Shirt: I used Heat-N-Bond to fuse the bat symbol (made with black and yellow fabric) to a the grey shirt. I used the image below as my template. A tip when using Heat N Bond or a similar product for applique: trace the image onto the Heat N Bond non shiny side (which is pretty transparent) then iron the fabric to the Heat N Bond before cutting out the image.  I cut a solid oval out of yellow, applied the bat to it, then applied both to the shirt. I plan to top stitch the applique after Halloween so that the shirt will be able to hold up to frequent washing. 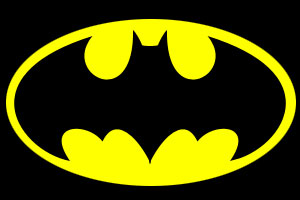 Arm and Leg Cuffs:  I measured the diameter of Elliot’s arms and legs and added 2 inches. I also measured the distance from his wrist to his elbow and ankle to knee, and subtracted 1.5 inches from both.  I used those measurements to cut out 4 vinyl rectangles. Next I cut a zigzag pattern across the top of each piece.  I wrapped them around his arms to figure out where to place the self-adhesive Velcro. 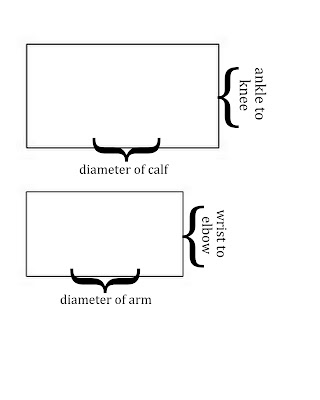 Mask: I free handed and cut out the mask. I punched holes in it to attach an elastic band.

Now for the elements that required sewing

Cape: I used on of Elliot’s hoodies as a template to create two pieces of fabric, one for each side of the hood.  Next, I sewed them together (right side facing in). Then I cut 4 triangles (3 inches wide and 4 inches tall) and sewed them together (long side to long sides – short side left open) to create two triangles.  I turned them inside out and used them as templates to create cardboard triangles, which I cut out and inserted into the fabric triangles. I cut two slits (2.5 inches each) in the “hood” I then turned the hood inside out and pinned the open side of the triangle into the slits.  The points of the triangles were on the right side of the fabric. I used the sewing machine to secure the triangles to the hood. Next I flatted the top of the hood by sewing a seam between the back of each triangle base (this is hard to explain but I think the picture makes sense). 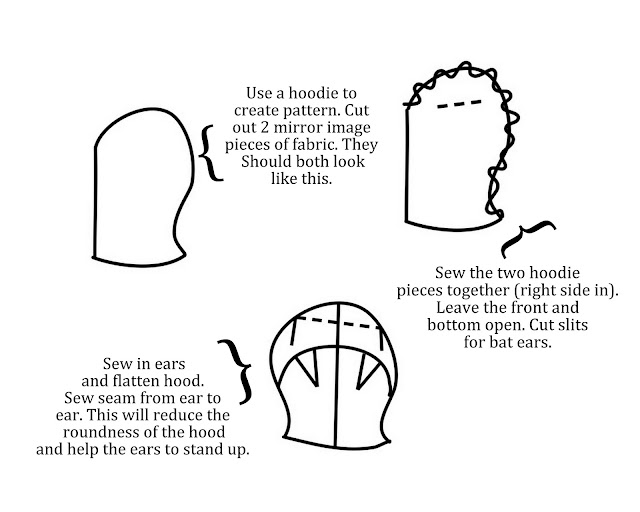 Next I hemmed the raw edge along the front of the hood.

Pin the cape and the hood together and use a straight stitch on the machine to attached them to each other.

The polyester doesn’t fray so there is no need to hem the raw edges. I cut a reversed scallop edge along the bottom of the cape. The cape attaches to the shirt with snaps.

Underoos: I am not sure what else to call these. To make mine I used a pair of Elliot’s pants as a template. And sewed little shorts.  I had him try them on then drew the line to cut them to create underoos.  I finished them off by hemming the edges. They kind of look like hot pants. 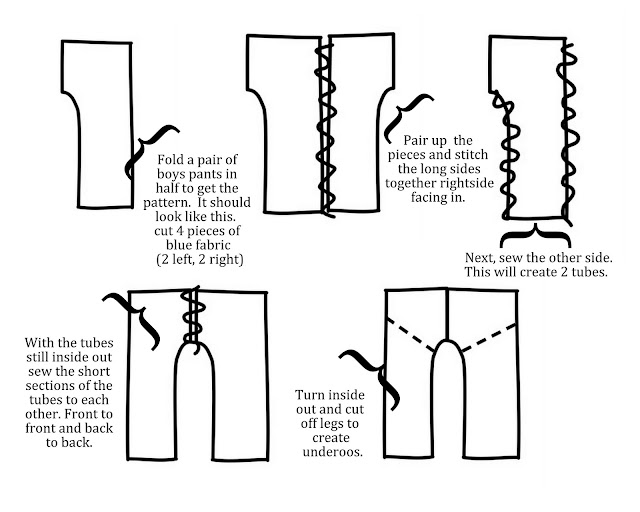 Belt: To make the belt. I measured Elliot’s waist then added 3 inched to the measurement. I then cut out a rectangle using his waist measurement +3" for the length and 9 inches for the width. I folded the rectangle in half lengthwise and ironed it. Then I folded each side of the crease (lengthwise) and ironed those sections too. I folded the outside creases in, then folded the center crease to create a long strip with no raw edges along the long sides. I folded the ends, pressed them with the iron, then top stitched the whole thing.  I used Velcro to secure it around Elliot’s waist. You could do the same thing without sewing if you use a non-fraying material such as felt or vinyl.

I plan to make Elliot a matching treat bag with "Pow!" or "Bam!" on it. I'll be working on Beatrice's costume this weekend. I'll give you a couple of hints. It is not related to Batman, It is something cute, and it is something we have in our neighborhood. Care to take guess?

Love it! I've successfully made C's costume for this year...it was super easy but still I made it! She'll be the Cat in the Hat. Will post photos...and you really deserve all the credit cause you totally motivated me last year to make her costume and now I'm hooked. So thanks a million! Happy Halloween.