Halloween Costumes - Only a Week Late!

Although this year has been super busy - have I mentioned I started a new business (www.wehgo.com) designing, making, and selling paint by number kits - I still found time to make my kids' Halloween costumes. Thankfully this year's costumes were not too difficult. Last year's fish and princess in black required some serious sewing.

This year my 6 year old daughter requested a fox costume and my 9 year old son asked to be Calvin from Calvin and Hobbes. The latter was more labor intensive so I'll start there. In case you aren't familiar with Calvin and Hobbes. They are the main characters in a cartoon by Bill Watterson that ran from 1985 to 1995. I LOVED it when I was a kid and last year I gave all of my books to my son. Hobbes is Calvin's stuffed animal. He comes to life when the two of them are alone. 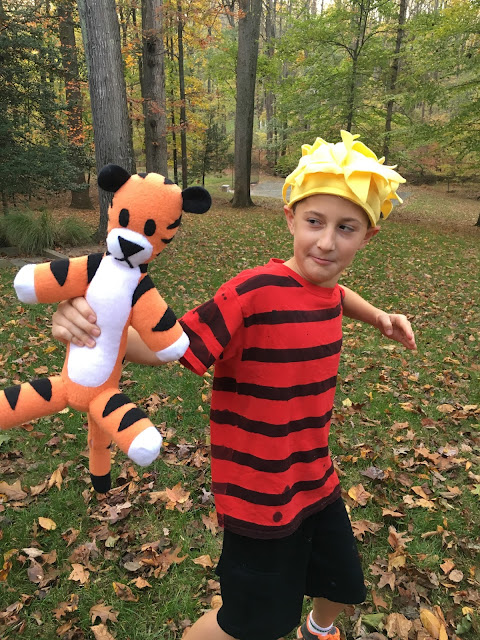 My Calvin's outfit was pretty easy. I used fabric paint to add stripes to an old red tee-shirt and I found the black shorts at a Thrift store. Calvin's spiky hair was a bit of an experiment. Its basically a simple fleece hat, with a bunch of pointy scraps sewn on it. Hobbes was a little bit trickier. 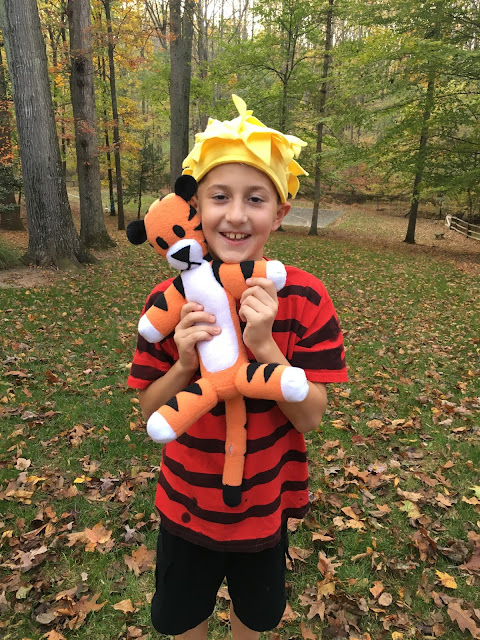 I found and followed this free pattern to make Hobbes. It was easy to follow and it really looks like the stuffed version of Hobbes. It did require A LOT of hand sewing but it was worth it. My little Calvin LOVES his Hobbes.

Now for my little fox. 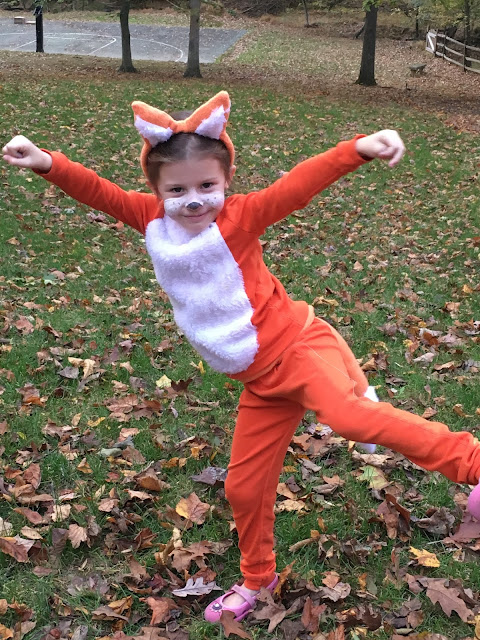 Her outfit was MUCH easier. I started with a pair of orange PJs from Primary. I added some white fur to the shirt and made a fleece fox tail (with a fleece covered elastic waist band) and the fox ears. to make the ears I glued card board triangles onto a head band, then covered the entire thing with fleece. I wish I'd taken pictured of the process. I was definitely figuring it out as I went. She loves the ears and wants to wear them all of the time. 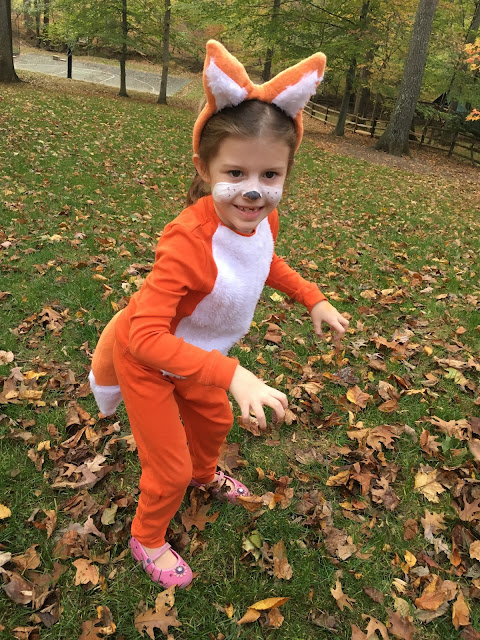 I can't believe this is my 9th year of making costumes. I told my son that next year he gets to help make his. It will be bitter sweet to pass the torch, but I think he'll really enjoy making his own.
SaveSave
Posted by Amanda