I had planned to post all of my handmade Christmas gifts by now, but one snow day and two school delays have thrown me off schedule. Oh, and did I mention that we bought a house (more on that later)!

In the midst of it all, I decided to take on a rather ambitious project for my husbands' 40th birthday. When he turned 30, my now brother in-law and I threw him and his twin sister a surprise party in CO. He requested no party this year - but I still wanted to do something BIG! So I gave him a BIG box filled with 40 presents. 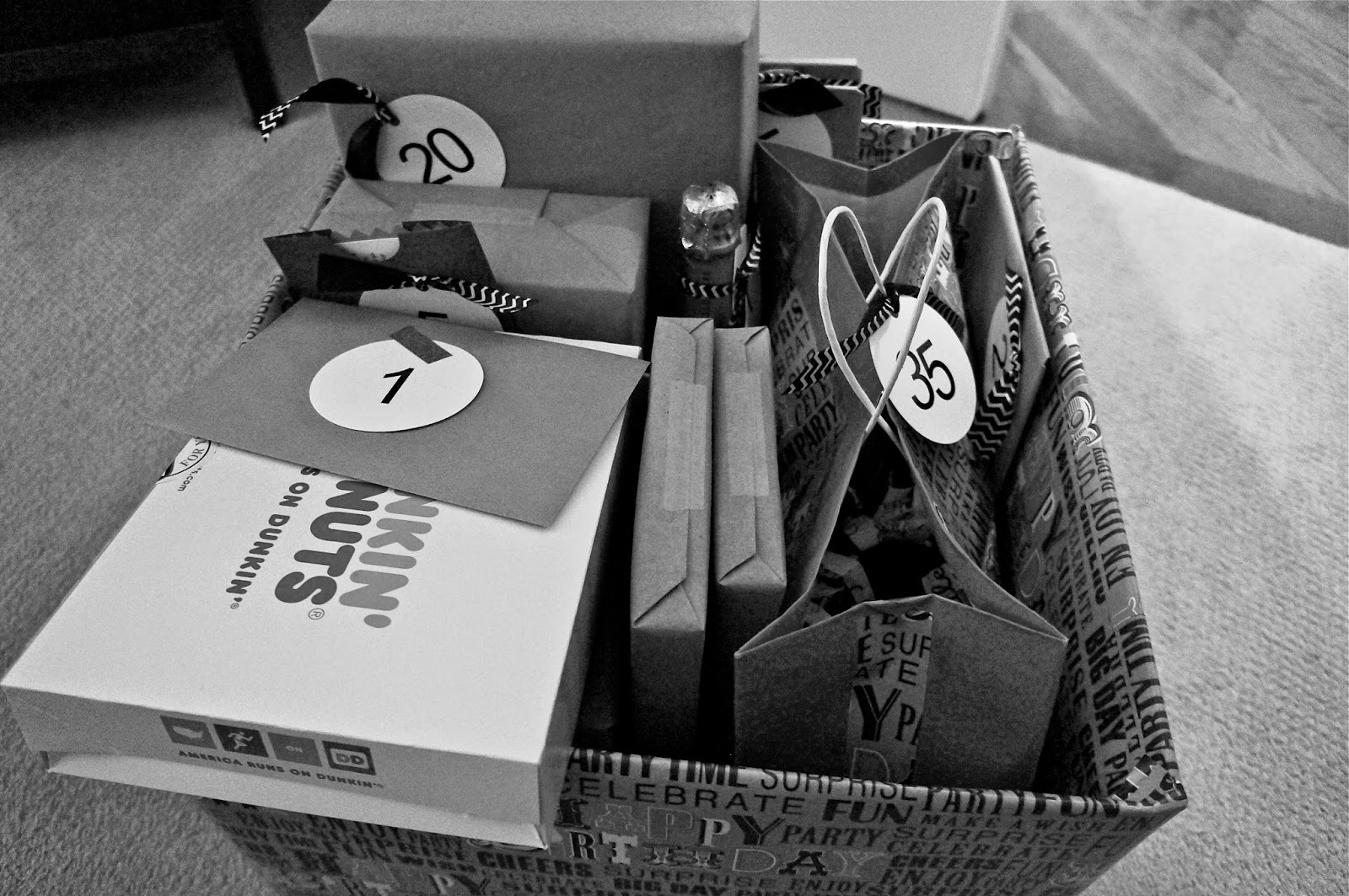 Coming up with 40 gifts - without spending a fortune - is hard! I found lots of inspiration on Pinterest (where I also got the idea for 40 gifts). The kids helped me with several of the gifts and I included gifts from family in the count. Here's what I came up with. He started opening first thing in the morning. 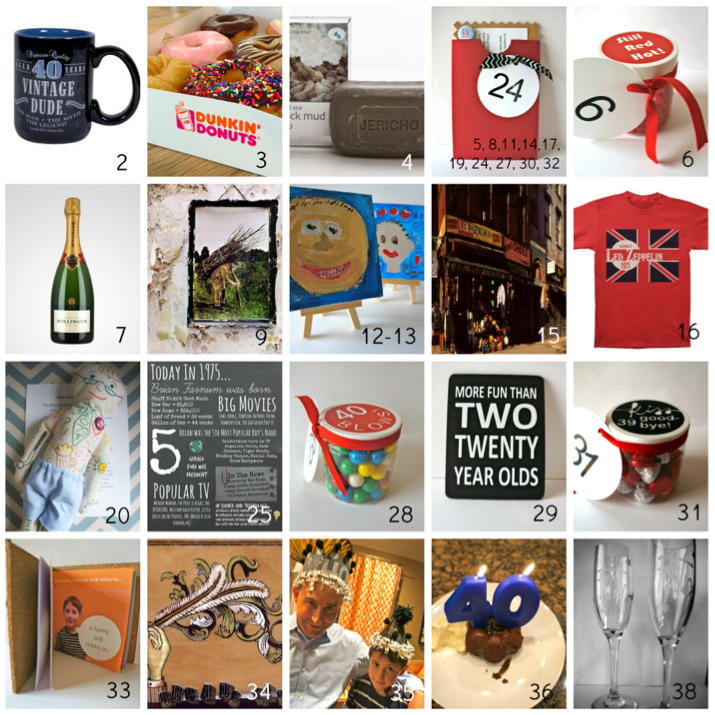 1. Card from me. I made so many gifts that I opted to buy him a card. In addition to wishing him a happy birthday, I explained some of the gifts and when they should be opened.

3. Assortment of his favorites from Dunkin Doughnuts

6. "Still Red Hot" jar of candy. I used my Silhouette Cameo to make the label for the jar. I found the jars here.

7. Bottle of champagne (with instructions to put it on ice for later).

10. Visa gift card to use towards the purchase of a new record player. I hid it in an old record that I found at a local thrift store.

13. Portrait of him painted by our daughter (age 4) 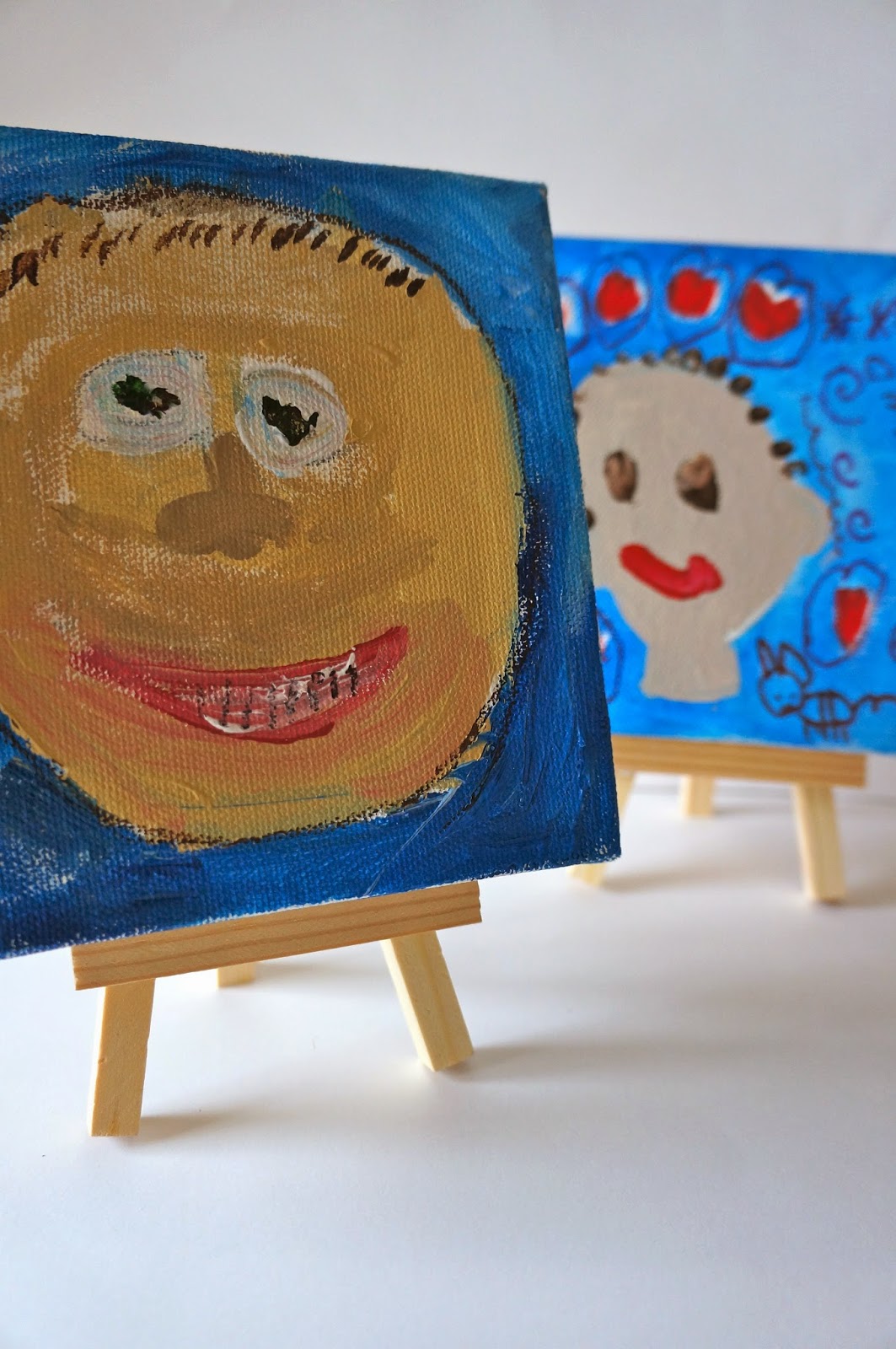 18. A play list (on his ipad) of Billboard's #1 songs the week of his birthday over the years.

20. "What Ails You" voodoo doll. I sewed and stuffed the doll and used paint pens to decorate it. The idea is that you stick a pin the aging problems that ail you - balding, hairy ears, hearing loss, need for reading glasses, etc. 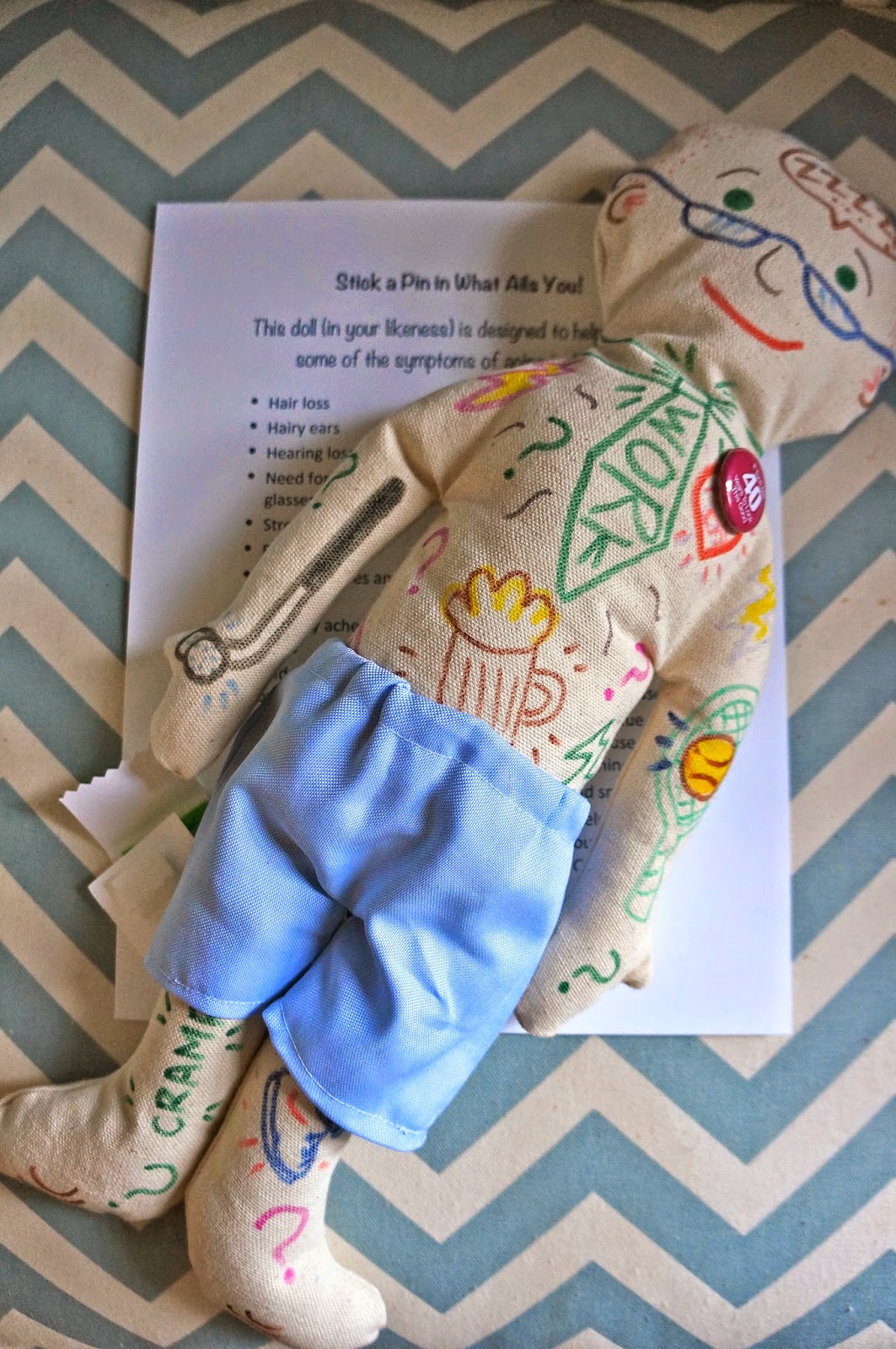 22. Card and check from my mom

23. Card and gift card for a round of golf from his parents

25. A little poster I made on PicMonkey to celebrate the occasion. I also posted this on his Facebook Page. 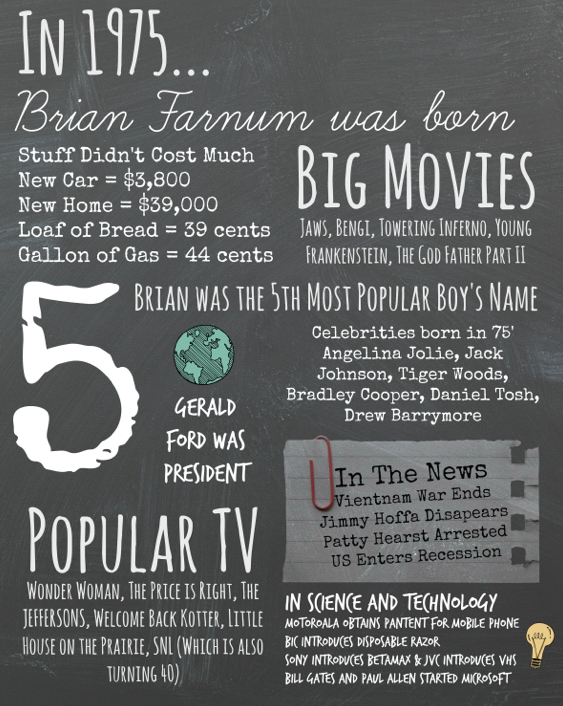 29. "More Fun Than 2 Twenty Year Olds" magnet. I used my Silhouette to make this too. I painted a precut wood square (from some craft store - its been in my stash a while) black, and then used the silhouette to make vinyl lettering. I glued two magnets on the back. 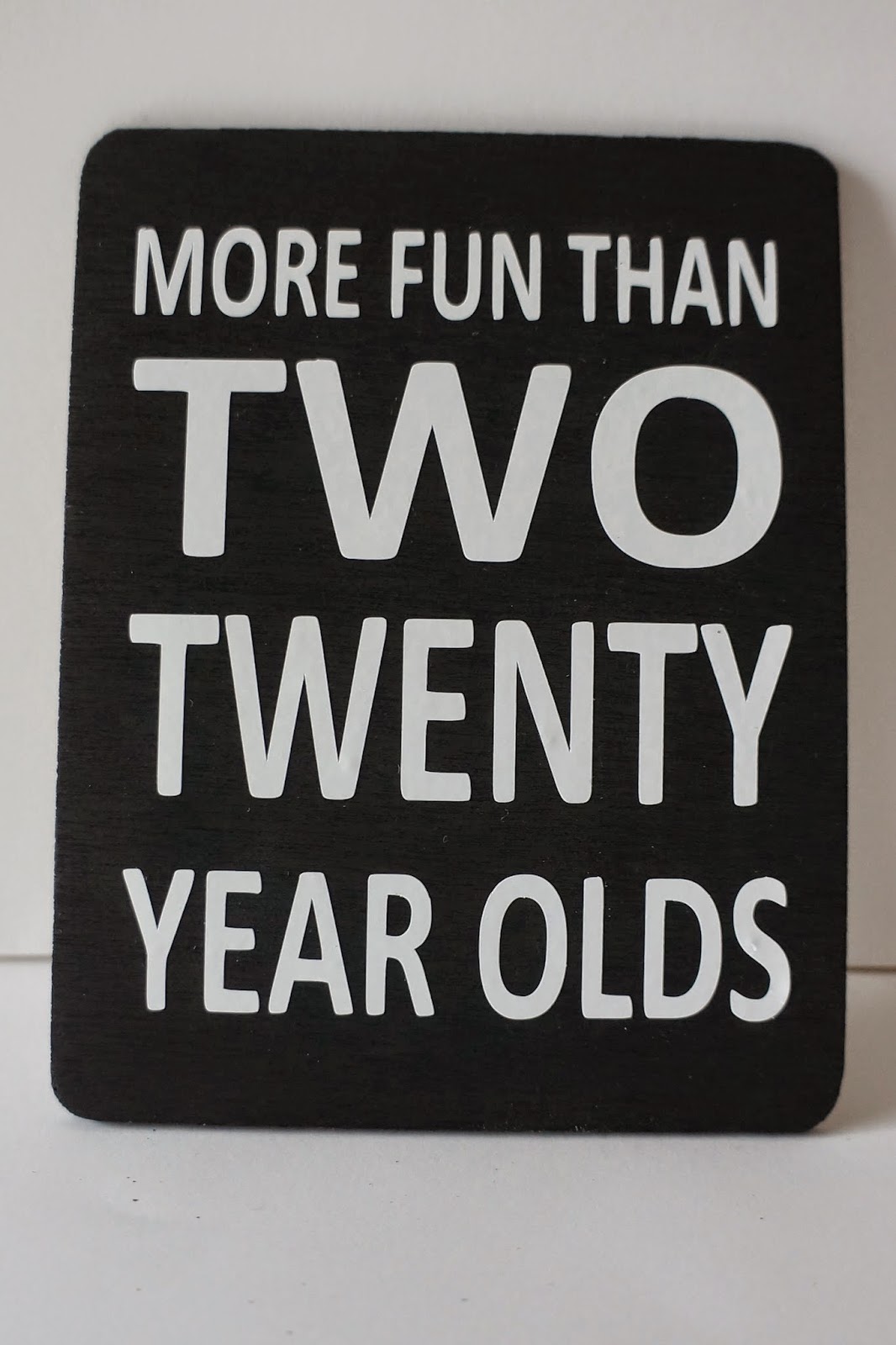 33. Book About Daddy. I made this little book out of cork tiles, adhesive glitter paper (that I punched circles out off) and large ring things I found in the beading isle at Joann's. This was my husband's favorite gift. I asked the kids the same five questions (i.e. "I think my Daddy feels very ______ about turning 40") 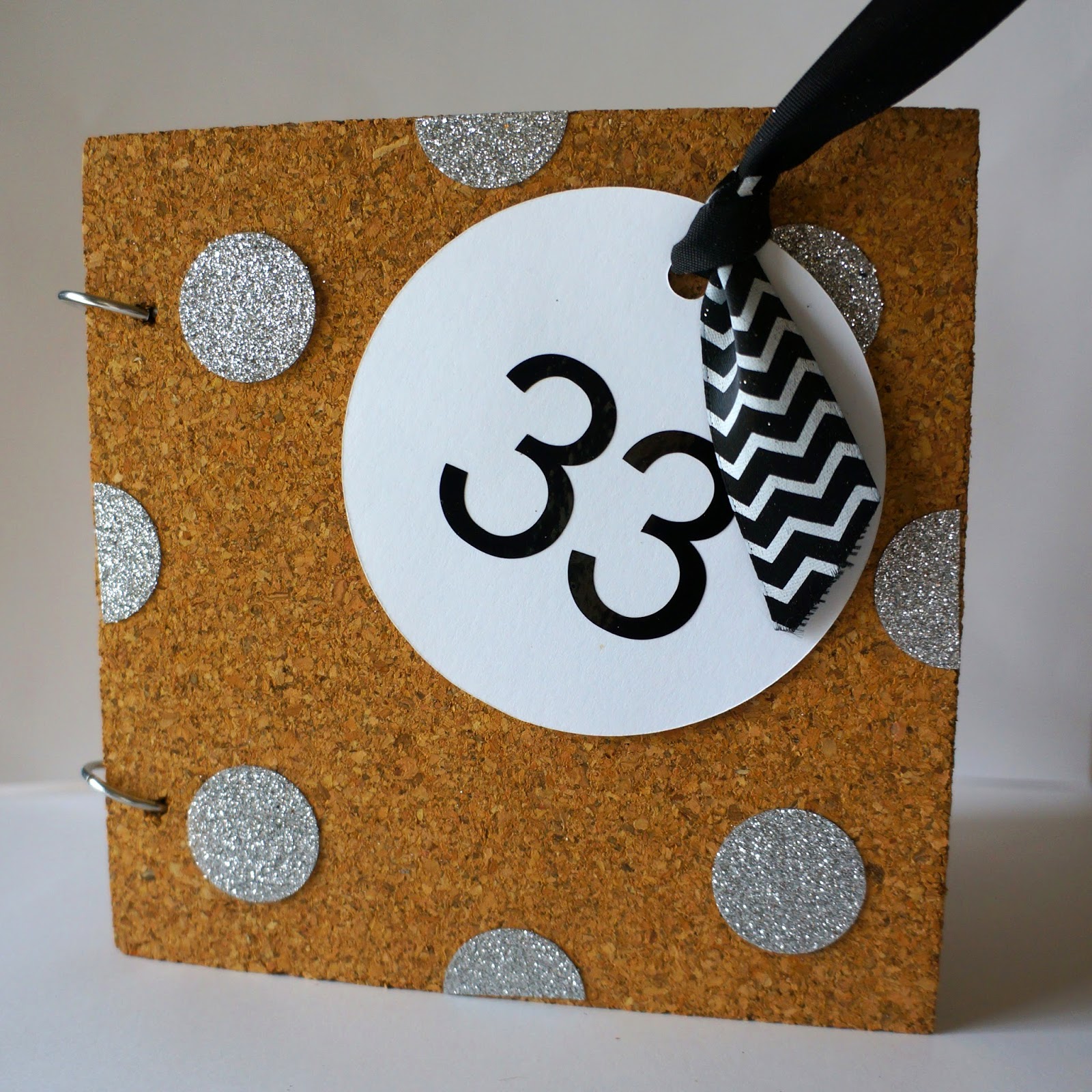 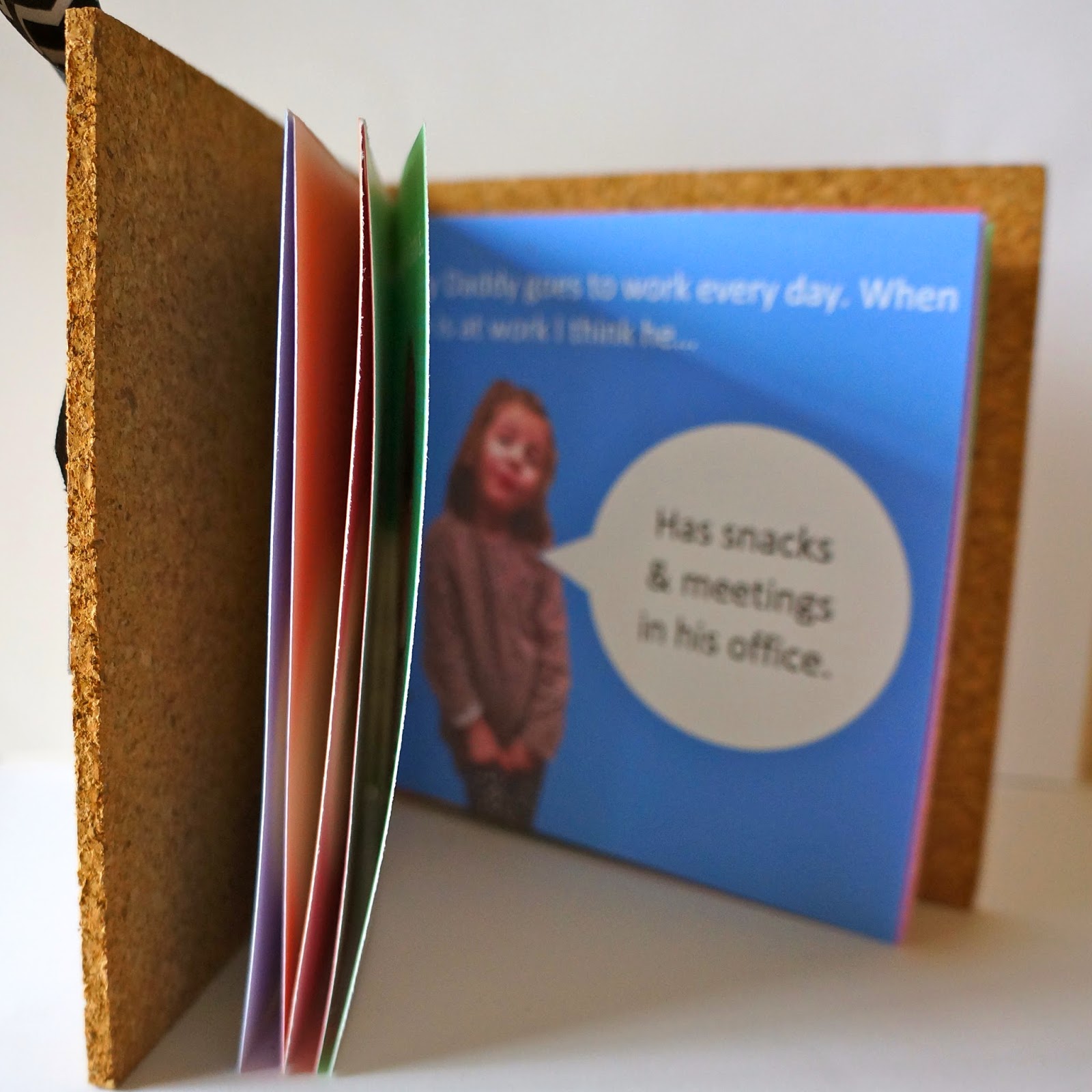 36. Number candles for his cake (found at Target)

37. More records (from his wish list) from his parents

38. Etched champagne glasses. I used my silhouette to make vinyl stencils that I stuck on the glasses and painted with etching paste. They were so easy to make and they turned out great. I kinda want to etch everything now! 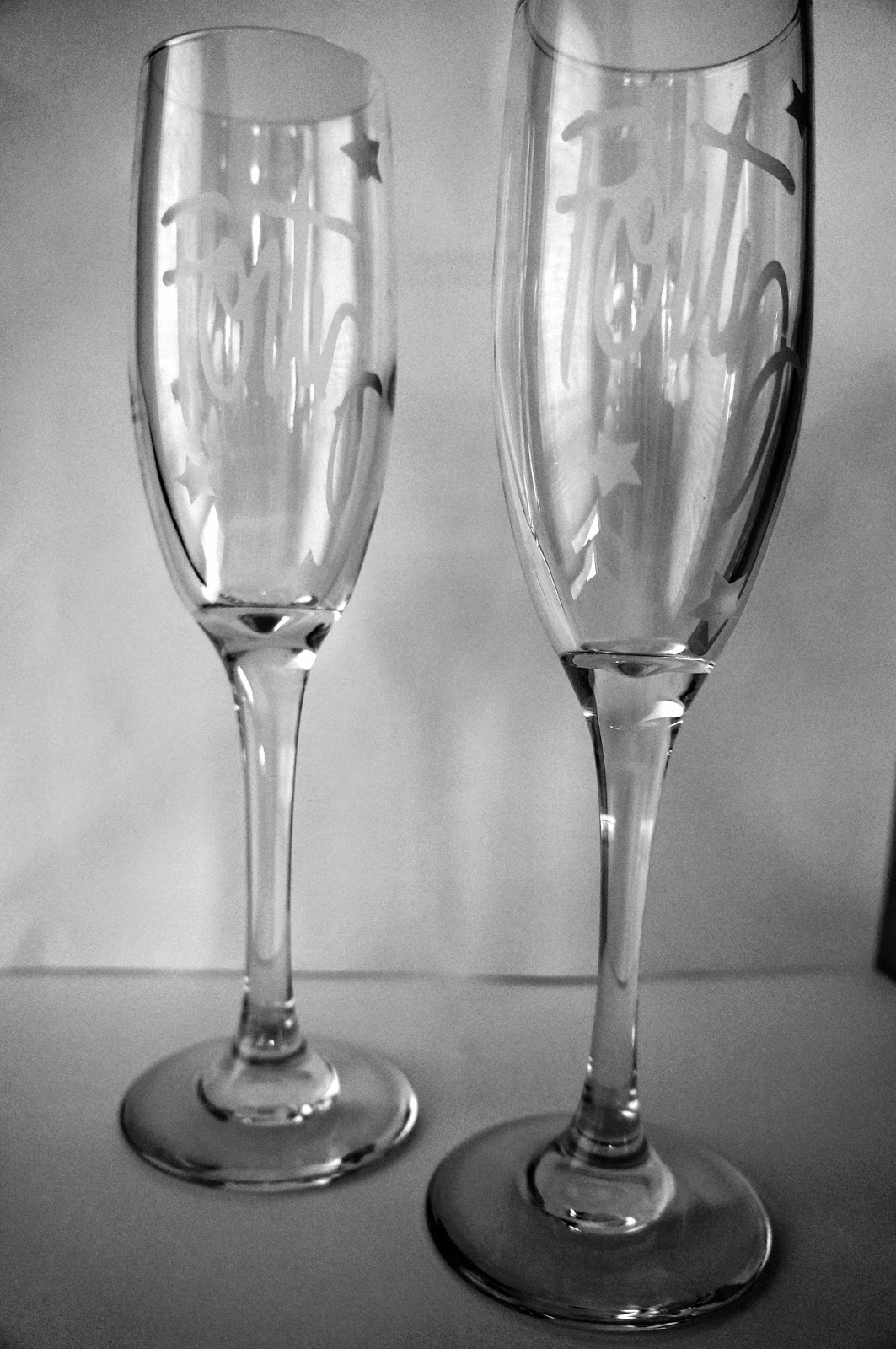 I'm not sure how I'll top this when he turns 50! Thankfully I've got 10 years to figure it out.

Email ThisBlogThis!Share to TwitterShare to FacebookShare to Pinterest
Labels: Crafting