One of my favorite six year olds had surgery last week. He will be in bed for the next seven weeks, which would be tough on anyone - especially an active six year old boy. The kids and I decided to make him a little gift to lift his spirits and help occupy his time during his recovery.

We started with this plastic tray that we found at Michaels. 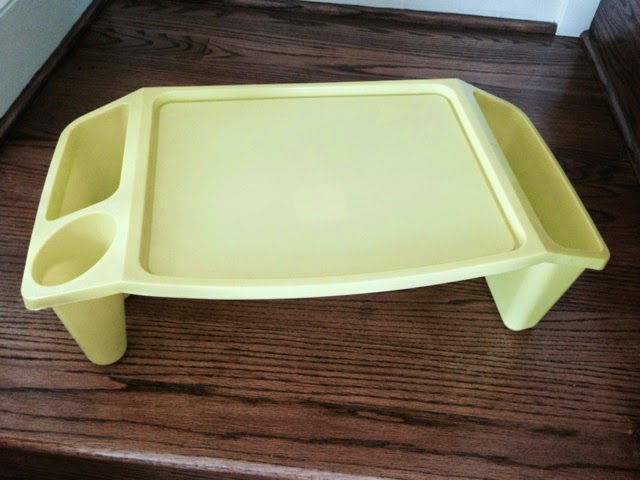 I used my Silhouette Cameo (which I haven't used in a while) to make a checker board and tick tac toe board on the tray. I also added a few fun shapes and his name to the top and sides. To make the game pieces, I used my cameo to cut 1" circles which we applied to bottle caps. 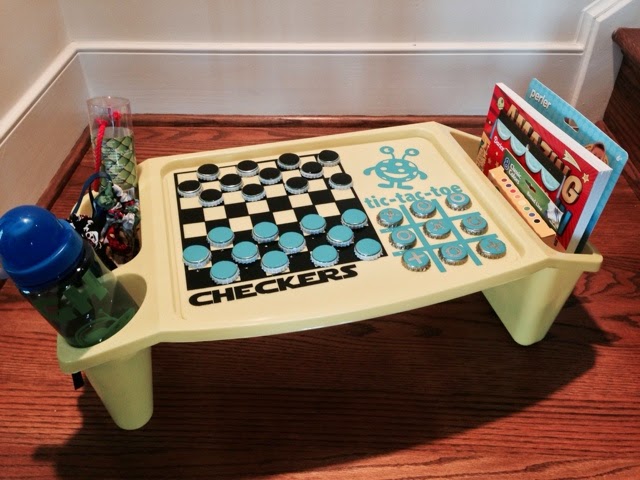 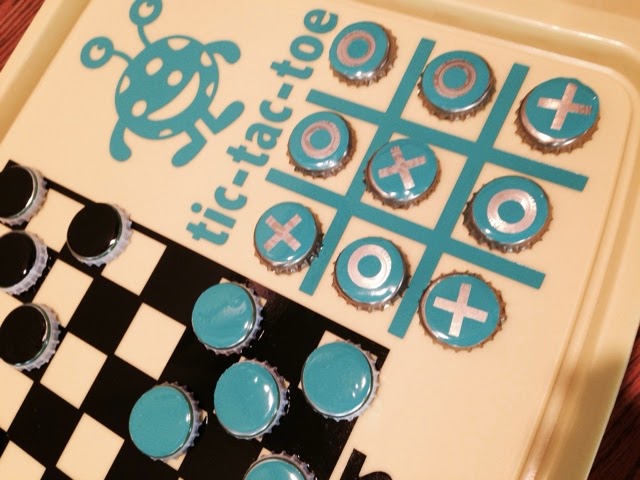 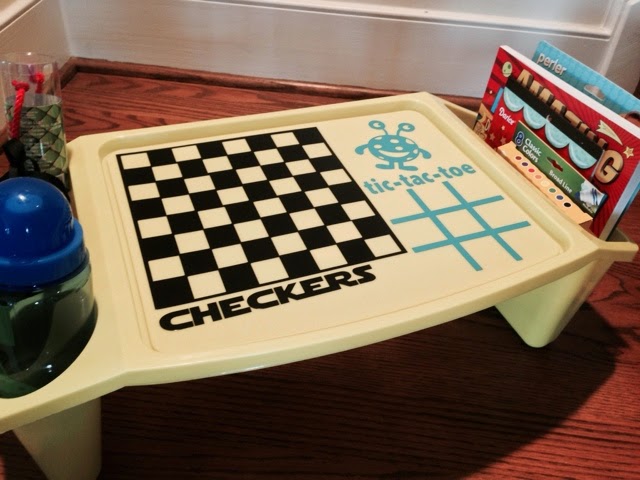 We filled the tray compartments with activity and sticker books, small toys, a water bottle (which also got the "cameo treatment") and a craft kit. I also sewed two draw string bags for the game pieces.  My son can't wait to visit his buddy and play checkers. 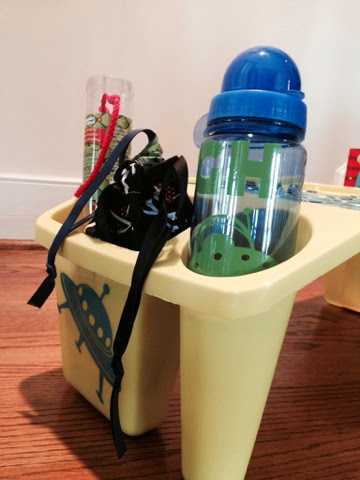 This project only took about an hour and would also make a great gift for a first time summer camper or for a road trip.
Posted by Amanda