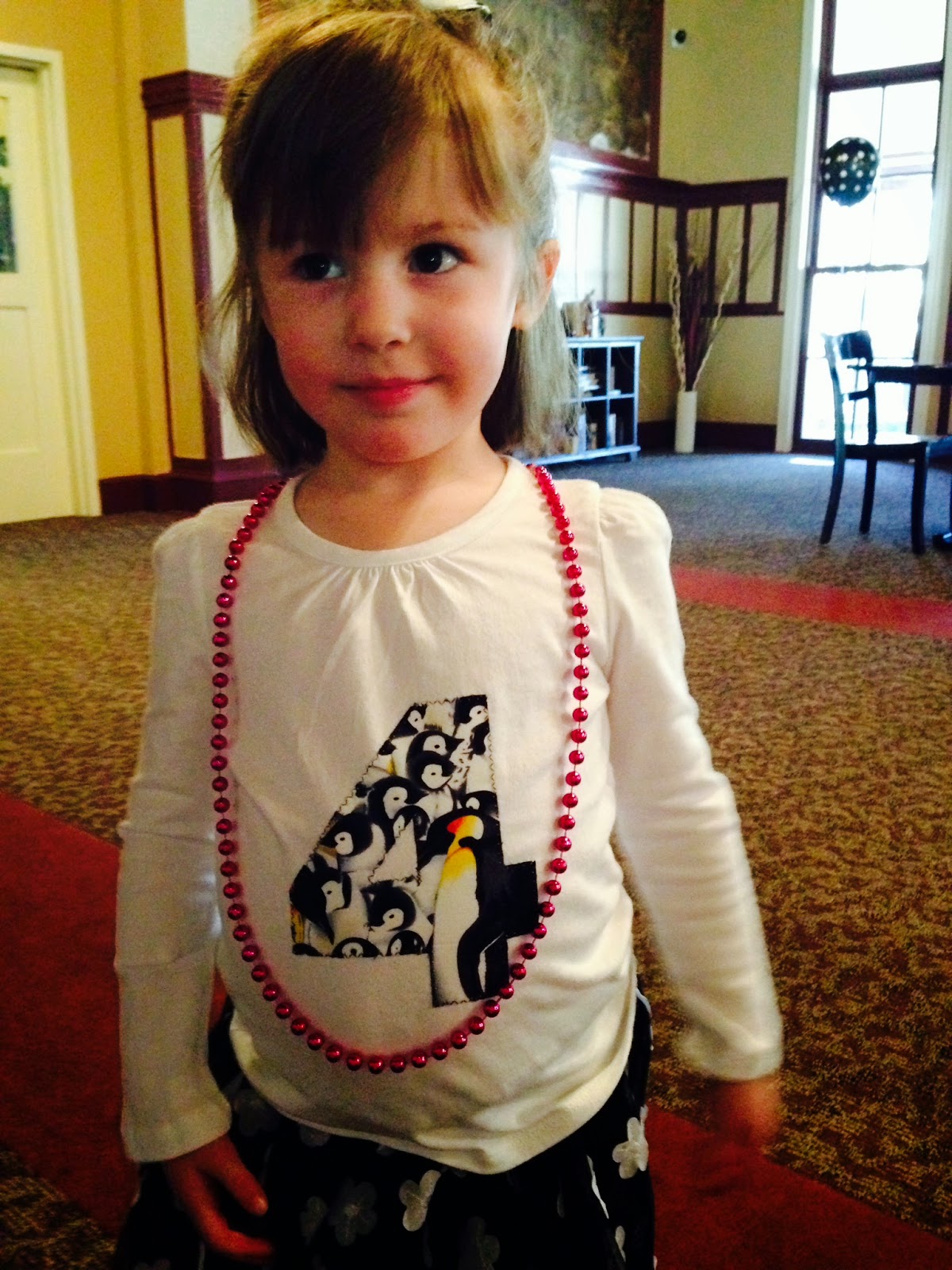 My little lady turned 4 over the weekend! Time sure is flying by. Much to my surprise she requested a penguin themed party. She loves penguins and I love that she didn't request a princess party. 16 kiddos ages 6 and under RSVP'd for the party so I came up with a few games to keep them busy.

1. Musical Icebergs. I wish I had a picture to share! Unfortunately, I was managing the game so I was not able to take pictures. I cut out 16 circular-ish shapes out of white felt (icebergs) and placed them in a big circle. Each child started the game by standing on an iceberg. When the music started they walked in a circle around the icebergs. Each round I removed a couple of icebergs. When the music stopped they had to stand on an iceberg (one kid per berg). We had two winners each round to avoid two kids fighting over one last iceberg. Big and little kids loved the game. In keeping with the theme, I played the following songs during the game:

2. PINGO (like BINGO). I bought three of these sets (Penguins, Ocean and Arctic Creatures)

I photographed a bunch of the "creatures" and used Picasa's collage maker to make PINGO cards. To keep the game simple I used 3 X 3 squares vs. 5 X 5. I used the extra creatures as decor and piñata prizes. 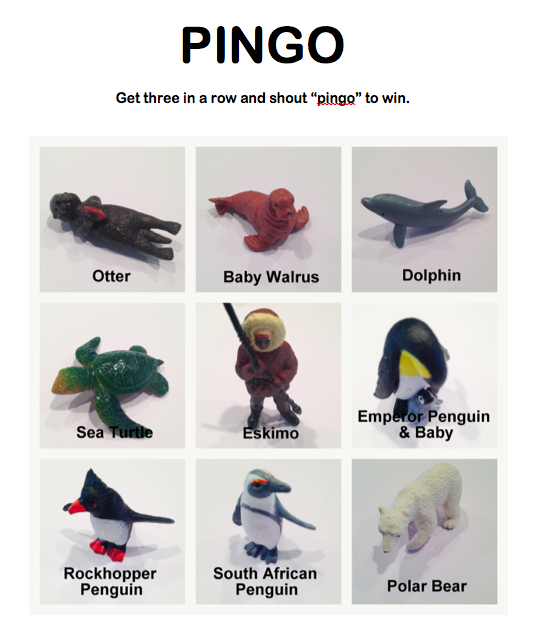 I put all of the creatures I used on the cards in a bucket. When I pulled an animal out the bucket I said its name then passed it around. The children used a marker to "X" off animals as they found them on their cards. You can download your own set of 18 PINGO cards here.

3. Penguin Bowling. I made 6 bowling pins out of the following supplies: black felt, white felt, orange felt, empty gatorade bottles (20 oz size), and rice. First I sewed two black pieces of felt together to make the penguin body. I turned the body inside out and used hot glue to apply the  rest of the pieces (white front, eyes, and nose). Click here to download the PDF pattern. 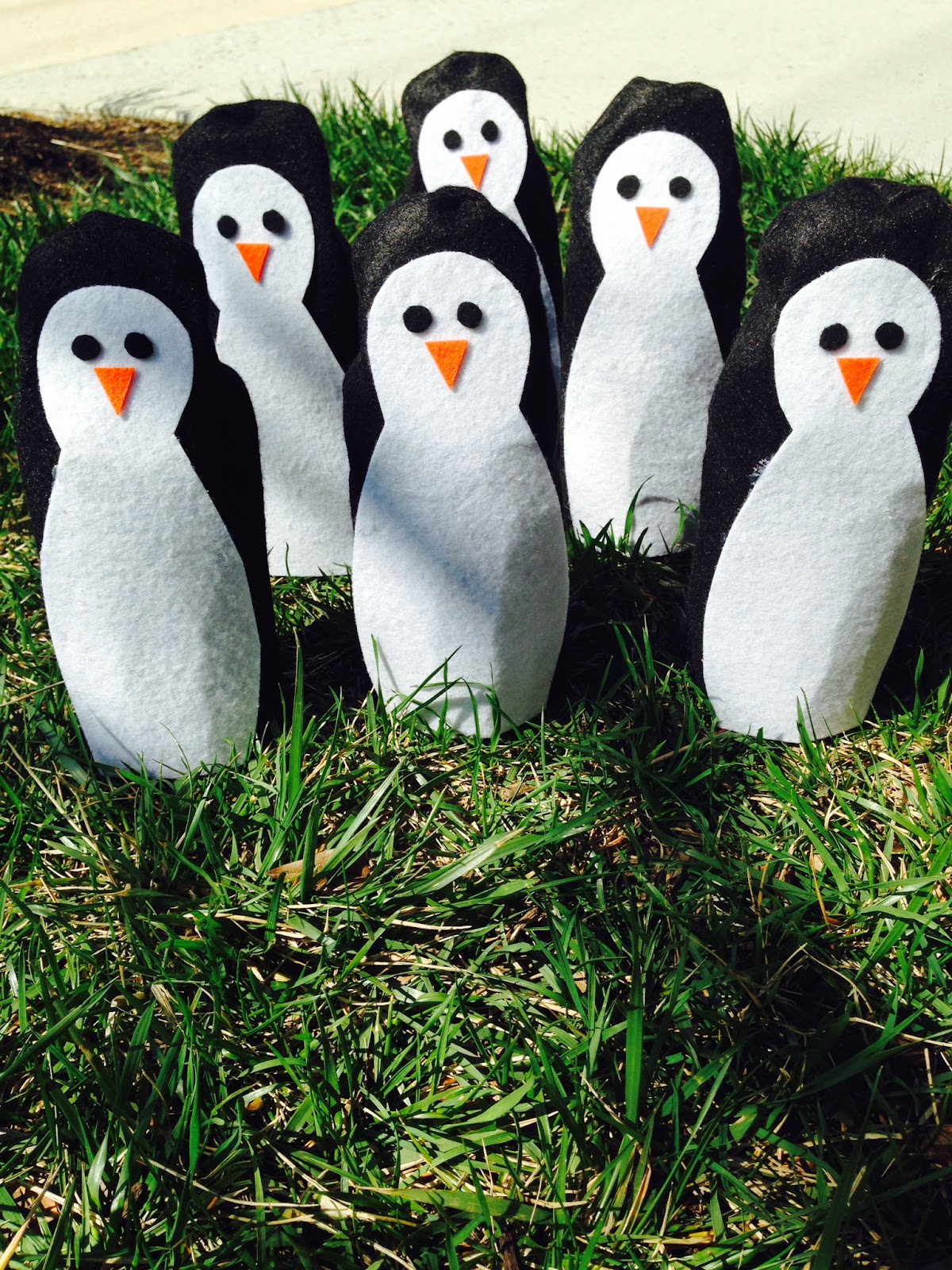 I filled the bottom of the bottles with rice (~1/4 of bottle) then screwed the top back on each bottle. I slipped my felt penguin over the top of the bottle and used hot glue to around the base of the bottle to keep it from sliding off during play. The Kids used a small soccer ball to try to topple the penguin pins. When the pins were not in use, I had them on display through out the room as decoration.

We also had a piñata . I'll post about it later this week -  the DIY instructions require a standalone post. 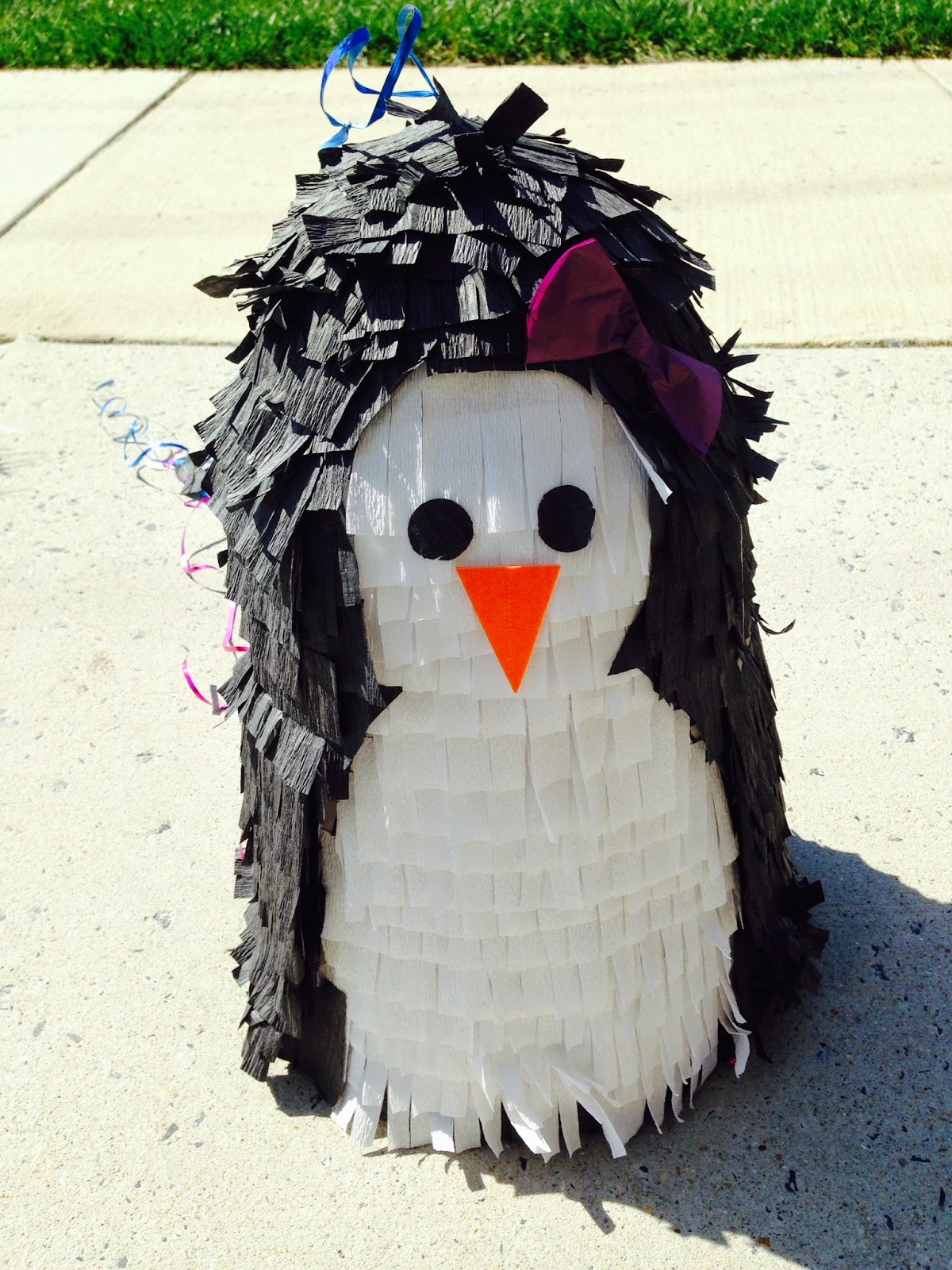 Other party DIYs I'll be sharing next week include a penguin fondant cake, party signs & banner (with down loadable PDFs), and party favors & prizes.

Anyone thinking about throwing a penguin party? There are lots of links to other great penguin party ideas on Pinterest.

You are amazing! It's fabulous. Lucky Bea!