Halloween may be a cold washout here on the east coast. We had a little Halloween party this weekend so even if we don't get to trick-or-treat, at least the kids got to wear their costumes - a pirate and a zebra.
The pirate costume was very easy to make. Cut off black pants, white shirt, vest, hat, eye patch, belt, store bought hat, and a thrifted clip-on hoop earring. 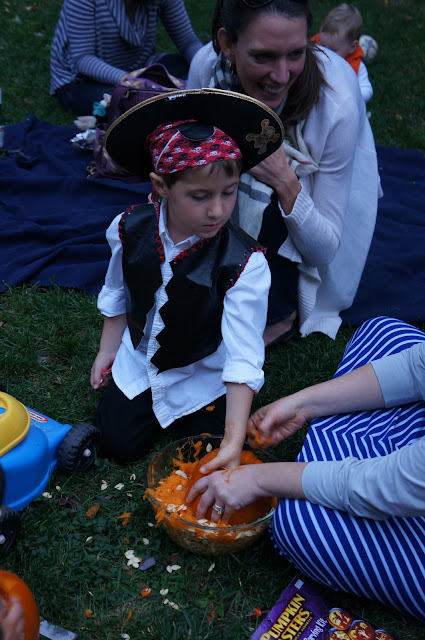 The zebra was a bit more complicated. 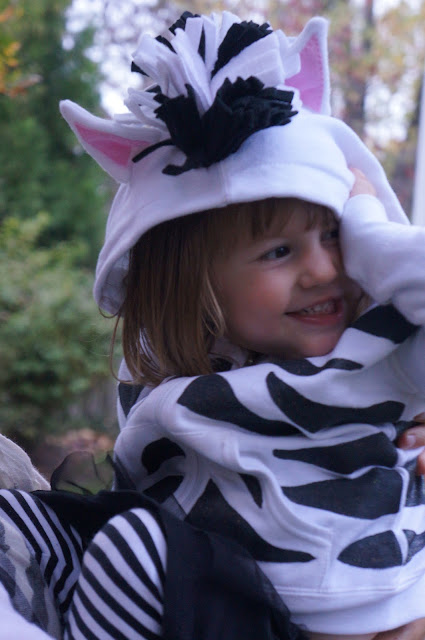 The leggings and black tutu are both from old Navy. The top was made with a white hoodie, black and white fleece, pink felt, black fabric paint, and black Martha Stewart brand glitter paint.

To make the mane I cut out five inch long by 3.5 inch wide strips of black and white fleece (15 black and 10 white). I pinned a row of five stripes  lengthwise down the center of the hood, alternating black and white. I sewed a straight line down the strips to attached the to the hoodie. I repeated his process two more times on both sides of the center line of strips. I tried to get the rows as close together as possible and was careful not to top stitch over strips from other rows as I went. Once I had a total of five rows, I fringe cut both sides of the fleece.

To make the ears I sewed two fleece triangles together, turned them inside out and appliquéd pink smaller triangles to each triangle. I folded under the raw edges of the triangles, folded them a bit (to about a 120 degree angle opening) and hand sewed them on to the top of the hoodie.

I freehand painted the stripes, solid black then with a top coat of glitter. 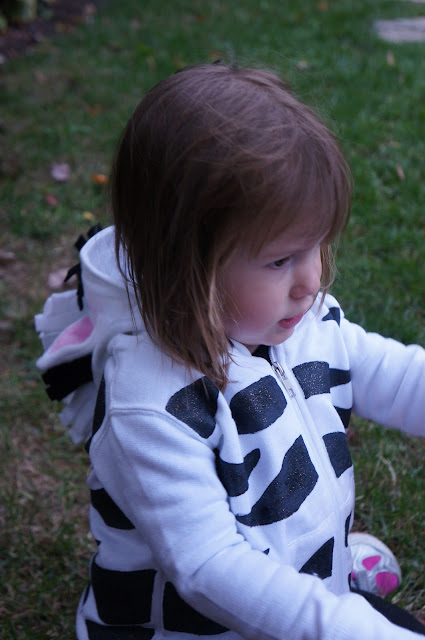 Hopefully my pirate and my zebra will get to wear their costumes tonight!

So cute, Amanda! I love homemade costumes and you did a great job!