Sorry for being MIA for almost 2 weeks! No, I wasn't camping out for the Missoni sale. I was planning and preparing for my son's 4th birthday, which was followed by a quick get away with the hubby to Quebec. I'll post more on the trip next week.

First up a super hero party for my super kid! We threw a small party and only invited three other couples, their kids, and Elliot's grandparents. Even though the party was small, it was big on fun! Although it may look like I went all out, this party came together very easily.

You may recall the invite which set the theme for the party. 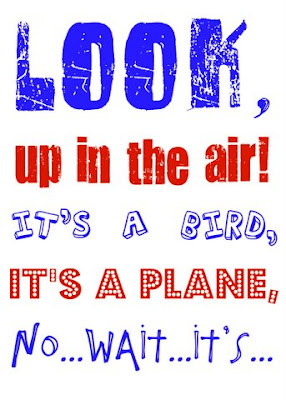 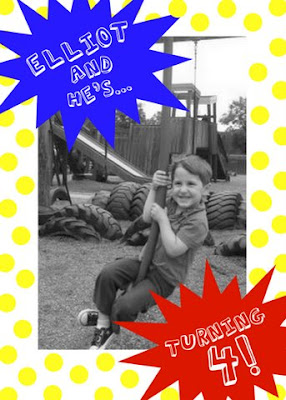 After spending some serious time on Pinterest gathering ideas, I got to work. The big projects for the party included a "picture booth" prop that was inspired by a vintage comic book cover, goody bags which included handmade crayon rolls, bunting made from super hero post cards (available here), cake toppers, and Elliot's "4" shirt. I started working on the projects early so that I wouldn't be overwhelmed. On the day of the party all I had to do was pick up balloons, hang the decorations, and order pizzas! 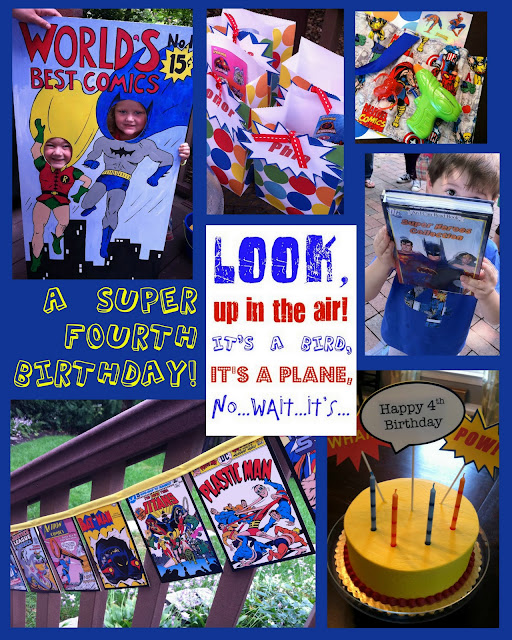 For those of you that are interested in the details...


Photo Booth Prop:  I painted over the dinosaur prop I created last year and added a second hole so that two kids could be in the picture. Its made out of a thin sheet of particle board, and the holes for the faces were cut using a jigsaw. I used this image as my inspiration. Sorry Superman, maybe you'll make the cut next year. 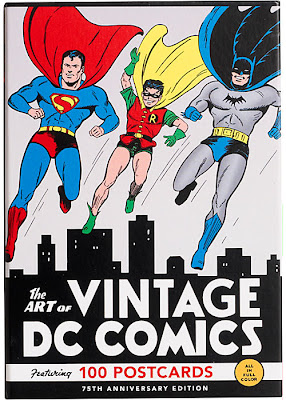 Goody Bags: The bags, squirt guns, monster finger puppets, and stickers are from Target. I found the Marvel super hero fabric at Hancock Fabric. A great tutorial to make similar roll-ups can be found here. 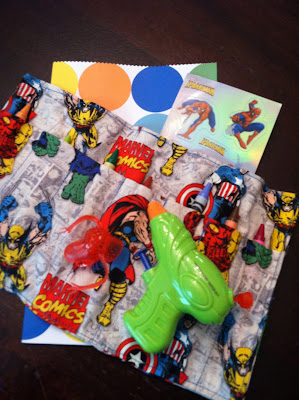 "4" Shirt: Every year I make a number shirt to correspond with the party theme. I used Batman fabric (also found at Hancock) to make this shirt. To make your own shirt:

I use a sewing machine to top stitch (with a zig-zag) my numbers but this is not necessary.

Postcard bunting: These were super easy to make and the kids loved looking at all of the comics. All I did was sew the postcards between wide, double folded bias tape. I also made a "happy birthday" birthday banner, and book-ended "happy birthday" with more postcards. I didn't come close to using all of the post cards in the box and have more than enough to use for thank you notes.

The cake: I got the idea for the cake on Pinterest. Last year I made and decorated the cake with fondant, which took forever. This year I ordered a yellow cake and made my own cake toppers. To make the toppers, I used Microsoft Word to create the images, printed them on card stock, cut them out, then mounted them on small pieces of foam board. I stuck the pointy end of a wooden kabob skewer (painted white) into the foam board and the other end into the cake. The most difficult part of the project was convincing the bakery that I wanted just icing on the cake and no other decorations.

I made a few extra signs and stuck them in bowls of candy that served double duty as centerpieces.

This isn't the last super hero post of the year! Elliot wants to be Batman for Halloween so stay tuned for my DIY super hero fun.
Posted by Amanda

I love all of this! Where did you get the super hero postcards?