Halloween is one of my favorite holidays. Unfortunately, I don't have a lot of time to do much crafting this year other than carving pumpkins and making the kids costumes. I did mange to put out a few festive decorations and create some new ones to add to the stash.

Halloween now rivals Christmas for retail space set aside at Target, and this year I was shocked by the many decorations for sale in addition to all of the costumes and candy. You really could go nuts and spend a lot of money on Halloween decorations. Alas I am on a budget (we are saving for new interior doors) so most of the shopping I did was for ideas. If I had been in a spending mood, here are a few of the things I would have bought: 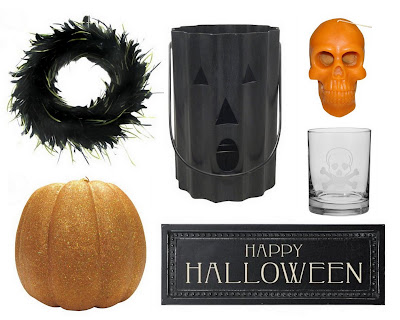 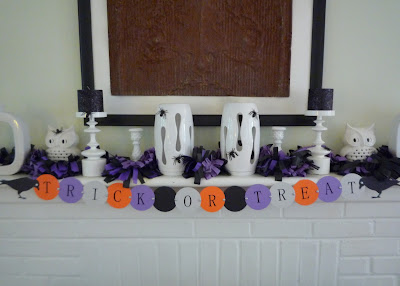 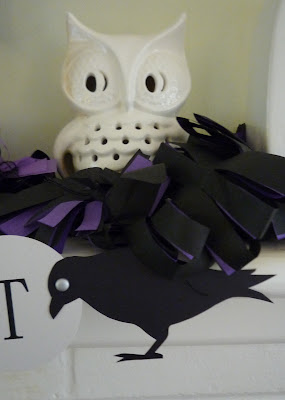 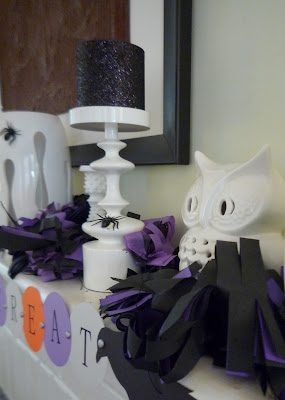 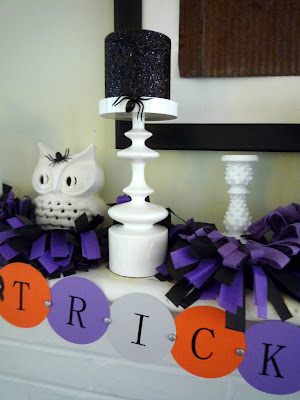 I used the tissue paper to create a garland for my mantle. To do this I stacked 3 pieces of tissue paper on top of each other and cut them in half lengthwise (to create two new long stacks of paper). Next I folded each stack in half (lengthwise), then cut slits to create fringe along each side. I tied the sections together with black string then puffed and crinkled the garland to add dimension. I really like the way the garland turned out and I have enough paper to make more if I want to. It took 5 sections tied together for my mantle (9 pieces of tissue paper).

I used double sided tape to stick the spiders to the candle sticks. I used paper I had and my handy circle cutter to make the banner.  I made the birds by using this image as a template. Because there is so much paper on the mantle I don't plan to light any of the candles or have fires in the fire place while it is decorated.

I used the spider webs and more of the spiders (I still have quite a few left) to cover the mirror in our dining room. It makes a nice back drop for our Halloween tree which I created a couple of years after finding a box of Halloween ornaments at a thrift store. 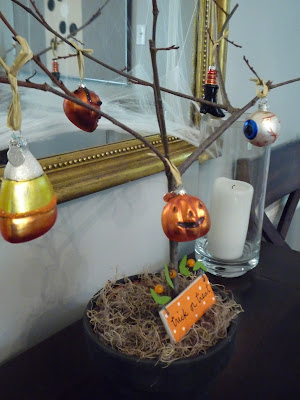 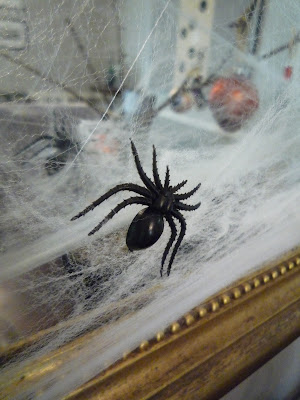 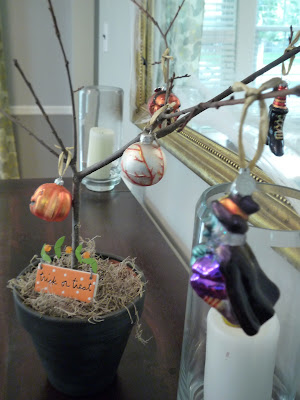 This is the most decorating I have ever done for Halloween. Having a three year old in the house makes it worth the effort.
Posted by Amanda

Email ThisBlogThis!Share to TwitterShare to FacebookShare to Pinterest
Labels: holidays